Illustrator, cartoonist and painter Jan Hísek explores the space between reality and dreams, and their interaction. He has illustrated more than twenty books including books of poetry, fiction, tales and legends. Although this exhibition primarily focuses on his illustrations, it also refers to his graphic art and paintings.

Jan Hísek (1965) is a painter, printmaker, illustrator and artist who works outside the rapid changes and contemporary Czech art, although a deeper connection with the latter is evident. He graduated from the Academy of Arts, Architecture and Design in Prague, Book Design and Illustration Studio under Milan Hegar and Jan Solpera in 1991. His graduation project, illustrations for Hadí Král (Serpent King), a collection of poems written by symbolist poet Jan Opolský, adumbrated his artistic career. His illustrations, in over twenty books, invite readers to the dreamlike world of fairy tales, myths and symbols, which in addition to Opolský’s symbolism also address other realms, such as Tolkien’s Hobbit, which Hísek illustrated during his final years of study. Hísek’s dreamlike world also refers to works by František Kobliha, Jan Konůpek and Jan Zrzavý. At the same time, his imagination is reminiscent to that of some of his older contemporaries, such as Petr Nikl and Jaroslav Róna. All of the above have also engaged in illustrations; Jan Zrzavý illustrated Mácha’s and Erben’s books of poetry, and Zeyer’s oriental tales, Kobliha’s and Konůpek’s illustrations accompanied Mácha’s works as well and many other books. Petr Nikl’s imaginary realms are presented in his poetic story books, published by the Meander Press, where Viola Fischerová’s fairy tales with Hísek’s illustrations came out as well as a selection of Vítězslav Nezval’s poems. Many illustrated books and collections of prints and drawings rendering the biblical world were published as bibliophile editions by Aulos Press. When illustrating books, Jan Hísek occasionally employs painting. This is the case of Oscar Wilde’s Šťastný princ (The Happy Prince; Vyšehrad Press) and Mrtvému nože netřeba – Islandské pověsti a pohádky (The Dead Need No Knives – myths and fairy tales from Iceland; Argo Press). The use of painting has been prevalent in Jan Hísek’s recent work, arising from the same background of imagination, dreams and melancholy in fairy tales that is so typical for his illustrations. 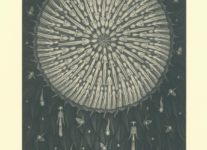 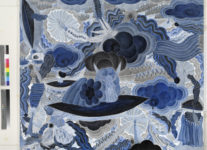 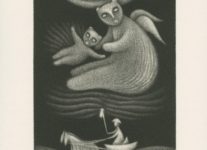 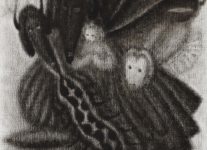 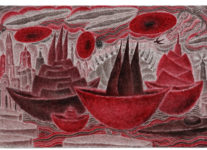