Justin Lavash in the Villa Pellé – the music salon continues 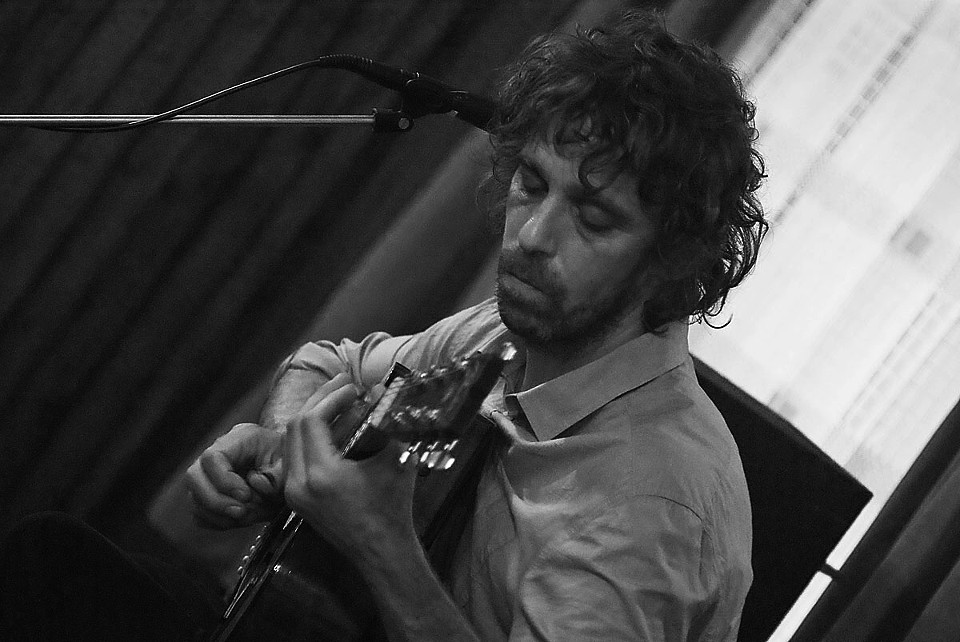 Justin has created by combining folk, blues and jazz an original dynamic style that he complements with charismatic and soulful voice. Several years ago, Justin settled in Prague, where he impressed with his virtuoso technique, but especially with his charisma numerous musical personalities. Currently working with Lenka Dusilová, Michal Horacek, Monika Načeva, Vladimir Merta, group or Sunflower Caravan. In addition to the Czech Republic performs regularly in Germany, France, Great Britain and latest solo album entitled 25 years he shot in Prague.

TRIPPING THE LIGHT FANTASTIC: Blues is a primary colour
A 60-minute, interactive music and projection/light performance filtered through the prism of The Blues with live music by British singer/guitarist/songwriter Justin Lavash and live projections by American film maker/video artist Darrell Jónsson. This creates an illuminated, finely crafted journey through the Blues’ Delta origins, to the primal electrified call-and-response found on nearly every dance floor and set of headphones today.

Lavash uses an acoustic guitar as well as some dazzling right-hand and bottleneck technique to create a veritable blues orchestra which he fronts with a resonant voice and engaging compositions, steeped in the tradition and spirit of the folk and delta blues. Jónsson’s original projections supply a simultaneous narrative, weaving through and onto the music in real time, integrating and improvising with the songs to create a new perspective.

After celebrating the Blues‘ backwater roadhouse roots we crack open the „devil box“ that sparked the rise of upriver city blues in postwar industrialized America.Suitably electrified, we then ride the waves of beauty and edge unleashed when the Delta plugged in, steering sounds and visions moving sometimes darkly, sometimes explosively, always engagingly. Live projections create the scenery of the exploration – echoing 20th century experimental cinema, 60s interactive psychedelic light shows and pioneer digital art. The electricity creeps into the guitar, fusing with the visuals to create a 21st century vision of the new Blues in a globalised society.
Justin has worked as a jazz, folk and blues musician all over the world. He now lives in Prague and has worked with many of the Czech Republic’s top musicians.