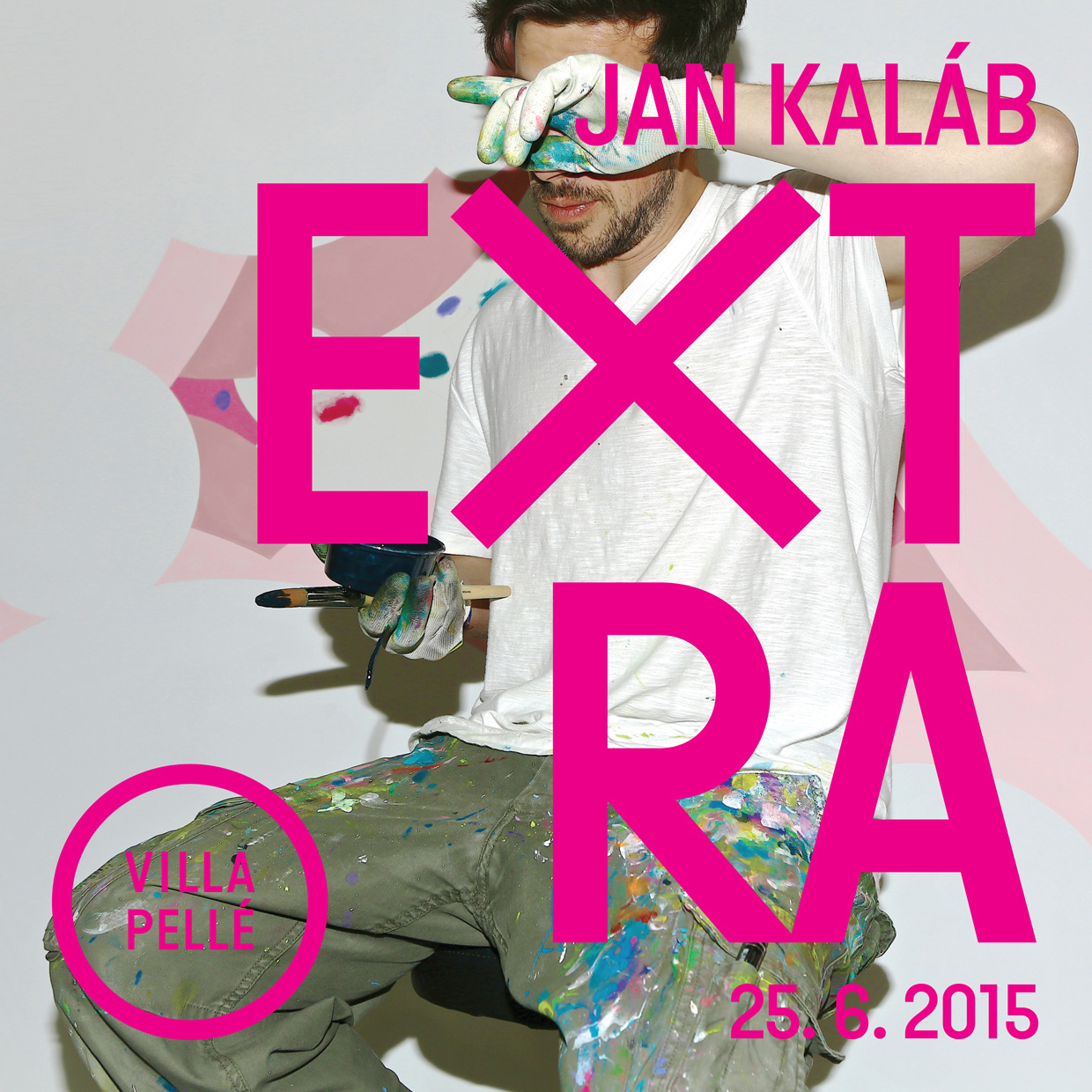 EXTRA /or/ In the Tension of the Circle
Jan Kaláb’s ninth solo exhibition presents never-before-seen paintings. The artist uses pure geometry and numerous combinations of bright colour tones to create diverse image variations blurring the distinction between the areas of painting and design. Kaláb’s minimalist artistic language has been affected by his “life” in the street, by his youth spent with spray paints in his hands when painterly shorthand was often a necessity, while expressiveness was the goal. His view of the city
as a geometrical and mostly colourless unit is amplified by Kaláb’s feel for geometry as such; after all, he studied at the Academy of Arts, Architecture and Design in Prague, originally under Eva Jiřičná. His experience with architecture helps him construct complicated objects that he literally installs all around the world. Naturally, it can also be easily identified in large murals as well as in his ever more perfect canvases that he obstinately subjects to scrutiny. Unlike his usage of colours, his language has been undergoing a certain minimization; regarding the clash of blocks and cubes which naturally required the inclusion of circles, he has retreated from the use of angular shapes, “indulging“ in his own words in the „… tension of the circle.“ The exhibition in the Villa Pellé Gallery also focuses on the circle and if circle really represented a subject of Kaláb’s artistic work, it could be called “A Tribute to the Circle” or “In the Tension of the Circle”. This is, however, not the case. His earlier canvases with cut out holes and more recent circular paintings, not limited to the traditional canvas format, as well as his hanging 3D spheres indicate that through numerous circular themes, Kaláb searches for a method of rendering a sphere on a plane while creating an illusion of three-dimensionality as perfectly as possible. For Kaláb, a circle is merely a two-dimensional depiction of a sphere, or of infinity, which nevertheless has its core, its centre. And its motion. A parallel to the Earth is obvious. His artistic scrutiny, however, focuses primarily on the boundary between what is inside and what is outside, or better yet, on the perceptual, visual riddle: whether I am inside or outside, that is, inside or on the surface. Thus the play with geometrical elements, which may at first sight seem more like a search for the perfect combination of colourful solid geometrical bodies, acquires an altogether different vitality – we witness a stubborn struggle for perfection. Pictures are no longer a “mere” long-forgotten flirtation with geometry and design, instead they form elements of one consistent path and obstinate search. It is not by accident that Kaláb’s motto is: keep going, keep inventing new forms. And although it originally referred to the essence, or “spirit” of graffiti, it just as well captures the artist’s entire work.
Guided tours with the author: 23.7. / 3.9. from 6:00 p.m.

JAN KALÁB / (*1978, Praha)
When Jan Kaláb was born in 1978 in Czechoslovakia, graffiti was not to be seen in the Eastern World. In the nineties, as the country was opening itself to western influences, he became one of the pioneer of the local scene, and founded an iconic crew, the DSK. Sleepless nights around train yards, light tubes at police stations and above all hard work on his style: he went through all the classical steps of a writer’s career. Through Europe, he made a name for himself as Cakes. Next step to the Hall of fame: New York, where he made a big impression by painting whole cars in 2000, alongside with Key and Rome. Around the same time, he found a new way to push his own limits and challenge himself: 3-D Graffiti. Under the name of Point, he sculpted huge abstracts letters he chose to put in the streets and on the walls. The highest the better. This was another form of graffiti,
in daylight, and without a spray, but truthful to the spirit of competition and innovation of the urban scene. Those sculptures lead him to abstraction, a path he’s been exploring through canvas from 2007, using acrylic painting and brushes. In the meantime, this admirer of Kupka graduated from the Academy of fine Arts of Prague – becoming the first Czech writer to do so. Jan Kaláb had his first solo exhibition in 2008 in Prague. Others solos took place in Romania, Argentina, Germania or in the United States. With time, his forms became more and more geometric. He used colourful squares and circles as an obsessive vocabulary for infinite variations around depth, time, and motion. Playing with circles conveyed organic imperfection and swing into his work. Dynamic is also crucial in his recent experiments, when he took pictures of some of his paintings in the streets of New York
or other cities. The project became a social one when he realised he needed help from strangers to carry the canvas. This is no surprise, since collective energy is crucial in his creative process. The artist is very invested in collective events. He’s the co-creator of a highly dynamic cultural space in Prague, called Trafačka. More than 160 exhibitions took place there from the opening in 2006 till the closure in 2015. On his own or collectively,
the motto is the same: always getting higher, always inventing new forms – a tribute to the soul of graffiti.
EDUCATION
2006  MAGISTER OF ART, ACADEMY OF FINE ARTS IN PRAGUE
PRIZE
2010  ART PRAGUE Young Award, Prize of UniCredit Bank at Art Prague artfair 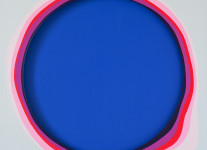 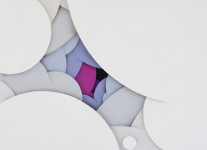 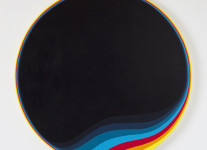