Villa Pellé was opened on 9th October 2014 with Petr Nikl’s exhibition COCKROACHING – Beetle Works. The official launch was attended by a large number of people, the artist presented his work with robotic beetles and from 8 p.m. he also performed as a musician together with the Forgotten Orchestra conducted by Jaroslav Kořán. “Cockroachy” themes were improvised in situ by 15 musicians. The visitors were invited to try out how an inconspicuous robotic cockroach paints by moving in the pigment as well as marvel at large-format “cockroach” paintings which transform during the exhibition and with which the artist replaces his older drawings originally created in Prague City Gallery’s Municipal Library of Prague during his exhibition Playing for Time. Petr Nikl is present at Villa Pellé on Thursday afternoons, with concerts and performances where he appears alongside his artist colleagues beginning at 18:30. Creative workshops for children run on Saturdays 18.10, 15.11 and 20.12 from 4 p.m.

A multimedia artist and initiator of numerous extraordinary exhibitions, Petr Nikl has disturbed the original, slightly conservative character of the Villa Pellé with another one of his improvisatory artistic events. On the gallery floor he presents large format pastel drawings which, seen at the first glance, appear to be pictures with an elaborate composition. It is only in the attic, planned to be used for creative workshops and animated parts of exhibitions in the future, where the visitor discovers their essence. Visitors become part of the creative process, during which the author influences merely the underlying paper, colour and positioning of pigment dustings together with the nature of movement and amount of the drawing roboroaches. The authorship is therefore clear only in terms of the original concept while in terms of the actual works it is debatable. As Petr Nikl says: “The fundamental principle of the Cockroaching project is to suppress one’s own authorial will in favour of the creation of free drawings, unhindered by any content, recording spontaneous energy landscapes.” He is fascinated by the imagination which arises from this process and unexpectedly evokes numerous art works from artists involved with abstract art and mediumistic drawing or other artistic techniques based on automatism, as well as the trails left by living organisms, imprints emerging according to the principles of chaos theory. “Chaos unexpectedly becomes an imaginary value referring to numerous different, unintended associations. This process has neither beginning nor end. The results are irrelevant compared to the drawings that grow cumulatively in the present time. The audience constantly participates in the creative process giving emergence to new places in the landscape of drawings. What they can see in their drawings had not been conceptualised by anyone else, it is created by them themselves through their associative thinking. They become co-authors”, says Nikl. The imagination of the audience is liberated through the beetles, whose automatic motion performed randomly, without one’s own will, frees them from the need to evaluate and enables them to reactivate the innocent eye, to see and discover without the layer of information. It takes them back to spontaneous expression, deliberately or unconsciously suppressing rational techniques and constructs, to expressions which have been part of culture throughout the history of the creative recording process. They represent a universal language that does not need any explanation.


The intermedia artist, poet, musician and performer expresses himself both through traditional artistic techniques as well as artist’s books, interactive projects and improvisation events. He was the founding member of the Stubborn art collective (Tvrdohlaví) and a laureate of the prestigious Jindřich Chalupecký Award.

In 2000 he designed the first of his interactive exhibitions, Nests of Games in the Rudolfinum Gallery. In 2005 he prepared an exhibition entitled Garden of fantasy and music for the Czech pavilion at the Expo in Japanese Aichi. Since 2006 he has worked, jointly with Audabiac civic association, on a long-term project of interactive exhibitions Orbis Pictus – Play. Last year he prepared an exhibition Playing for Time for Prague City Gallery’s Municipal Library of Prague during which some of the beetle works shown at this exhibition were created. 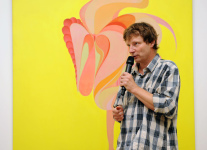 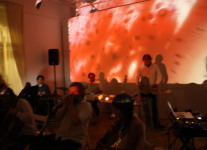 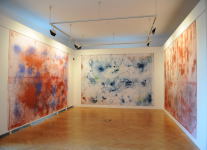 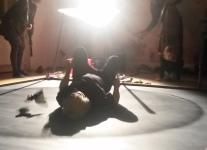 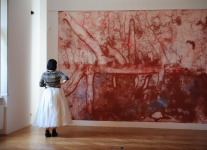 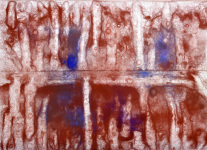 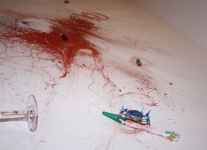 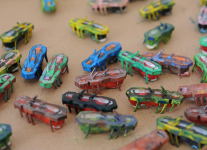 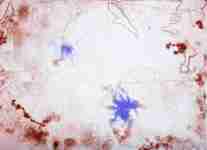