The exhibition titled BABYLON presents the current work of one of our most outstanding authors associated with the Czech graffiti scene – Michal Škapa a.k.a. TRON. Unlike his previous projects, this exhibition does not focus only on one part of his work, but offers a unique opportunity to explore almost the complete spectrum of the visual manifestations Škapa has created in recent years.

The first major part of the exhibition presents work using letters as dynamic abstract characters with a strong emotional charge and cryptographic content emanating from Škapa’s graffiti roots. The second, dominating part presents a more realistic perspective: the ironic scenes, originally derived from the world of comics and cartoons, are gradually transformed into images of compressions whose dense composition was first inspired by the footage taken after the Fukushima Daiichi nuclear disaster in 2011. Later, the initial apocalyptic character of this memento subsided into the background to focus on slightly dystopic material dealing with continuous multiplication, consumption, and spontaneous creativity. The exhibition also presents a fusion of these two areas of Škapa’s work (the abstract and the realistic), pointing out to always topical issues of the nature, mutual relation and blending of images and writing as pieces of visual information of the same, yet different kind.

BABYLON, so far the largest project of Michal Škapa, can be seen as the third part of a free trilogy after his major exhibition Graffoman (Chemistry Gallery, 2014) and the successful project titled Illiterate (Trafo Gallery, 2017). While the first exhibition metaphorically dealt with the issue of over-production and the second one relativized the level of understanding, in BABYLON, these motives meet again on a slightly different level to move TRON’s personal visual statement about “here and now” a bit further, presenting a new image confrontation. This time it happens through legendary Old Testament parallels.

The biblical city of Babylon has been a synonym of chaos and punished human pride. Its symbol was the Tower of Babel mentioned in the Book of Genesis – a monstrous building that was supposed to reach to the heavens, so that people might make a name for themselves. But God realized that since people “have begun to do this, then nothing they plan to do will be impossible for them”. That is why He confused their language, broke their social unity, caused misunderstanding and disputes, and scattered people all over the country. The ambitious ancient building which was to become the epitome of human perfection, turned into ruins. Mankind has not changed much since then, and it is in essence the same.

It is no coincidence that Michal Škapa has used architecture as a major main theme to figuratively illustrate the current situation and status of human civilization. His artworks are detailed compositions painted on horizontal “collage-like” planes which often represent an organic tangle of urban structures in the manner of the Brazilian favela. The structures indirectly reflect the complicated development of human civilization, and based on the zoom level and the angle of view, they represent the form of a multiform whole – or unique details that have an impact on its formation. BABYLON can thus mediate issues such as the rational and intuitive organization of space and the ways of visual encoding. Then it focuses on the principle of layering, overlapping and structural construction. Finally, it deals with the reflection of the state of the contemporary world which is the reason why one should keep recording what is happening and interpreting it through a filter of personal mythology, using various media. Michal Škapa uses not only his paintings, objects and installations, which have filled the area of all three floors of the Pellé Villa gallery space, but also intervenes in the public space in its vicinity.

Our times are increasingly often compared to the times of late ancient Rome. The two eras do have many parallels and common symptoms such as the feeling of loss of a complex vision of the world, of the life project and of the trust in human nature. Both the eras are characterized by the concentration of life in city labyrinths, by rapid changes of governments, and by eclectic art. Ancient Rome is also identified with another phenomenon, BABYLON – which is all the more the reason for paying attention to Škapa’s exhibition. 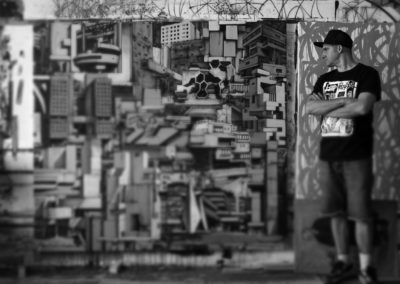 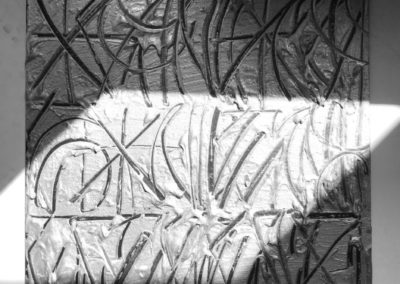 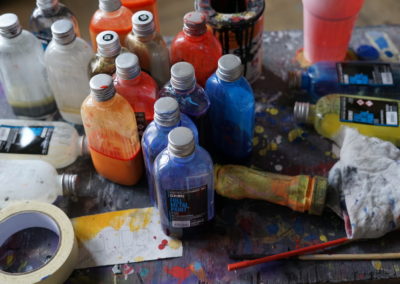 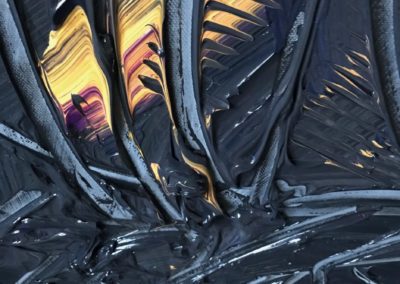 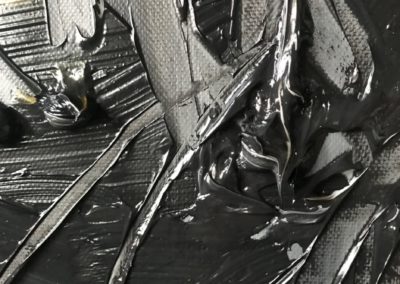 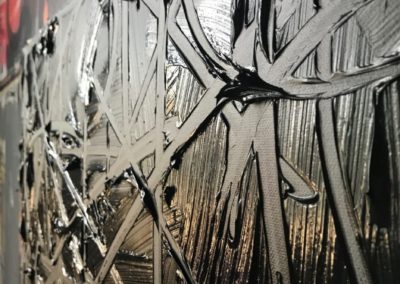 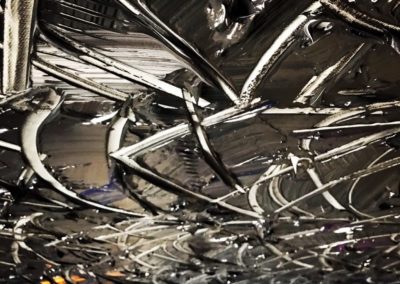 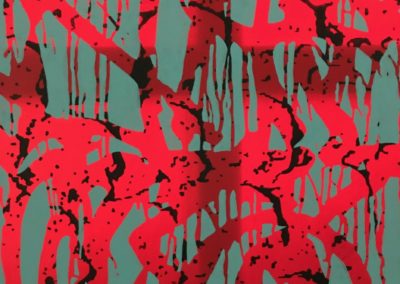 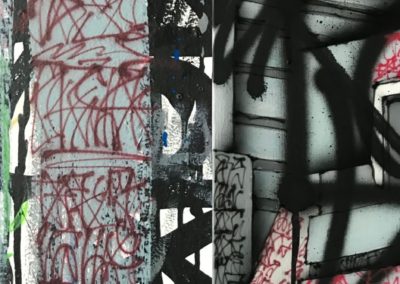 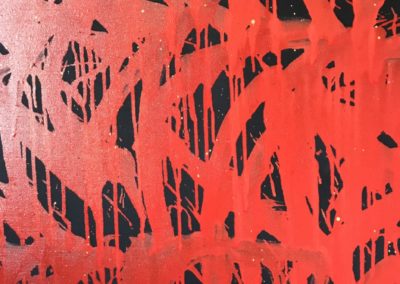 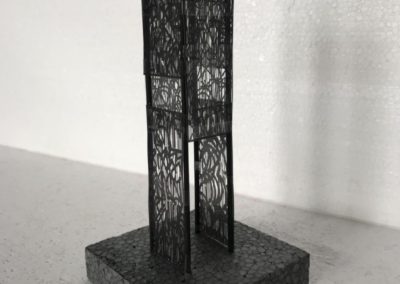 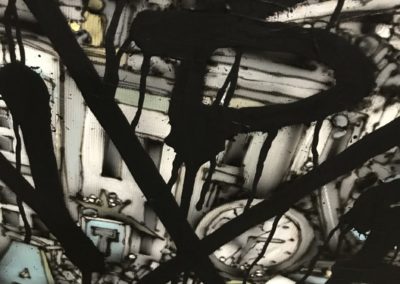 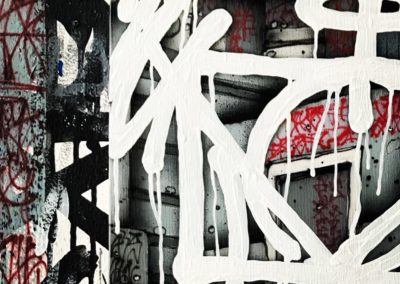 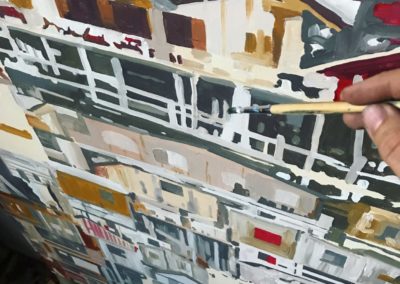